At the beginning of this year I decided 2015 was the year of eating.

My aim was to get over my meat based phobia and just eat things without over thinking them. As 2015 comes to a close I am happy to report that I had an excellent eating year and jumped food based hurdles. However, I still do not like bacon despite trying it over and over again.

In 2015 I was lucky enough to have two events that enabled my trying new things.

Our family trip to Cairns and Port Douglas meant trying all things Aussie. My birthday was spent stroking wallabies and later eating the furry cute things. Now that is something I never thought I would say. We ate many a strange Aussie thing at Ochre that night. Green ants are nice and crunchy.

The second event was attending the Wellington on a Plate Roman Feast at ARTISAN. Not only was that an excellent night out but a brilliant way to try all the things. Mr Muffin is still talking about the event and how we will be booking whatever MacLean Fraser is hosting. That night brings a smile to my face as we had such a wonderful feast and laughed so much.

In 2015 I was discovered The Chameleon Restaurant. That was all thanks to my friend (posh) Lucy. It was there that after 14 years of living in New Zealand I finally tried Paua. I was actually surprised I liked it. I think the beautiful presentation and gentle slicing had something to do with it.

Another New Zealand food I tried was Mutton Bird. I would like to thank Ms Forde for cooking it. I did try but just couldn’t like it.

2015 was a great food year and an all round great year. For me it was also marked by an achievement, my first year in 6 years with out a visit to the tube of doom, otherwise know as an MRI.

2015 also was the year Miss Muffin overtook in height. I knew this day would come but I didn’t expect her to be just 12 yrs old when it did. 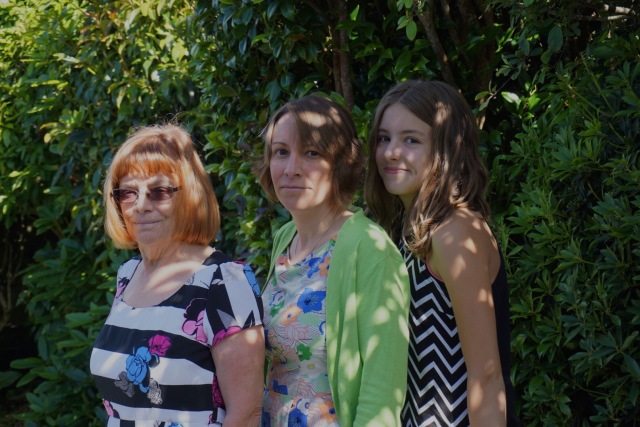 One thought on “Goodbye 2015, The Year of Leaping Food Hurdles.”

We are becoming Sunday lunch regulars. We were first to arrive today and the place filled up 10 minutes later! Hand pulled noodles for $11.50 are amazing, they would be amazing for far more than that. You are great @hideoutnz2020
Today we went to @diwanresturant in Porirua. I’m not much of a meat eater but couldn’t resist the lamb, it was so good. Read about Diwan https://i.stuff.co.nz/life-style/127221279/meet-the-super-normals-new-zealanders-doing-extraordinary-things
How has it taken so long for us to eat here? Best onion rings ever and fab burger at @rogueandvagabond . Drinking @choicebros_ghuznee puppet dancer. This was taken under the red awnings
Went for a family drive up to Kapiti today. Had a lovely lunch in the newly opened @jugnuslittleindia . It looks lovely in there and the water jugs and cups are beautiful. It is on the waterfront at Pram where the Chinese was. We have lots of family memories at the former restaurant from when we lived up there. We will be back.
Had Christmas lunch at Whiskey Lima Golf at @wellingtonairport . It was excellent. Just look at this desserts and there were 3 huge pavs
Ready for Christmas in my house! Thank you for the wonderful prize @maisontherese