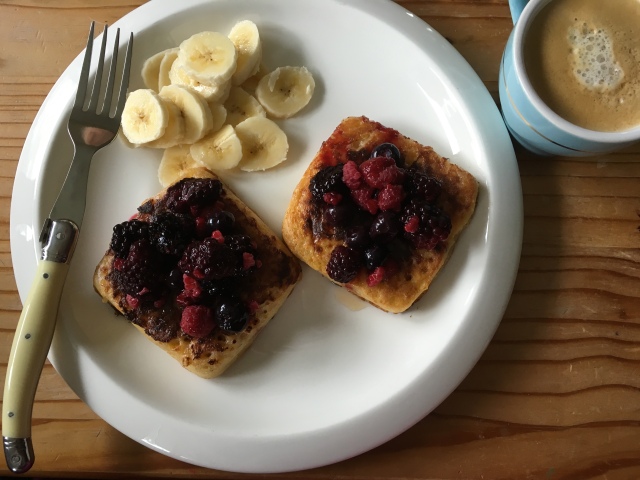 Today is Father’s Day here in NZ and that requires bacon being consumed for breakfast. I don’t like bacon, really, really.

I keep a few bits of bread in the freezer so I can have French Toast when the bacon fans do their bacon thing. This morning I decided to be different and try French Toast made with crumpets. This isn’t a sponsored post, I got the damn fine crumpets from the supermarket the other day. This brand is fairly new to the Wellington region and their crumpets are square and taste as good as fresh made ones. Making crumpets is one of those things I can tick off my bucket list and never do again. Button Family Crumpets taste as good and are far less work. These crumpets are square and delicious, I really do recommend them. They made damn fine French toast too.

With the French Toast I did what I would normally do. I would recommend 2 crumpets person and one egg for the mix per person.

Crack an egg into a bowl, lightly whisked.

Added a splash of milk and 1/2 tsp of vanilla essence.

Place crumpets in mix and turn a few times

Melted about 20g butter in a fry pan.

Serve with fruit and your choice of syrup.

It didn’t seem to make a difference which way up they went in the mix or the pan. They tasted damn fine and did require lashings of maple syrup.I would certainly French Toast my crumpets again, they were very good. 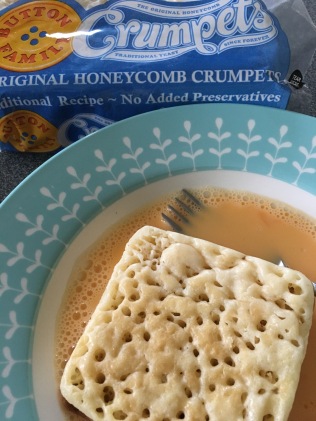 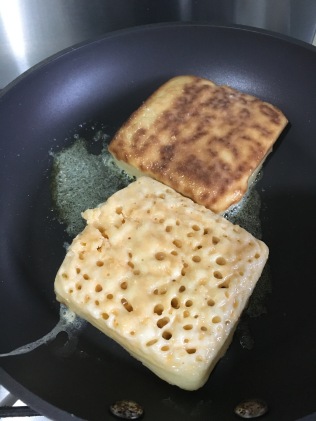 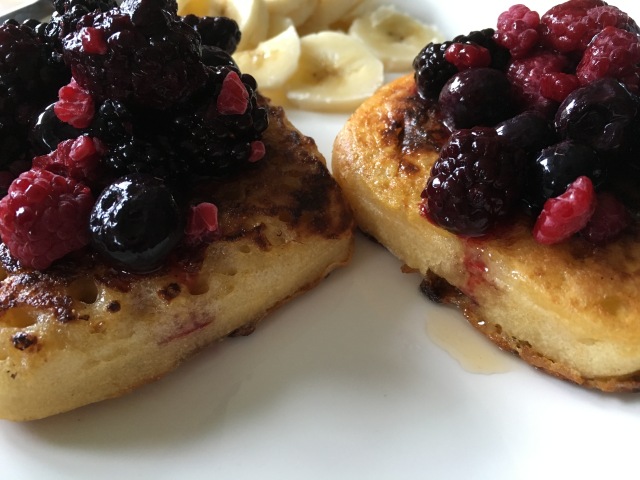